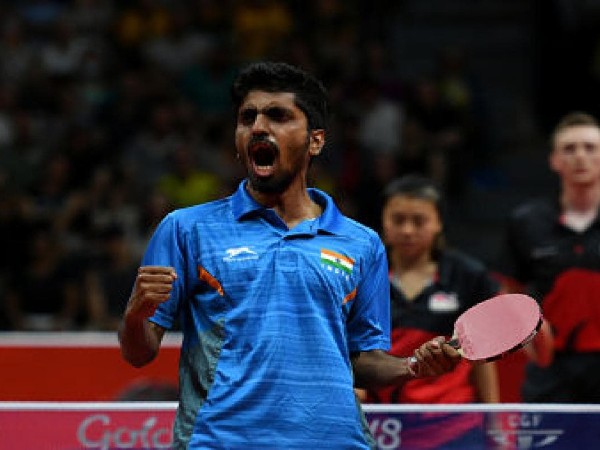 This will help the Indian paddler prepare well for the Paris Olympics in 2024. The 29-year-old paddler, who won gold and bronze in the men’s team event at the 2018 Commonwealth Games and Asian Games , respectively, will debut in the prestigious league.

“Extremely happy to share that I have signed with JURA MOREZ TENNIS DE TABLE club in the French top-level PRO A league for the 2022-23 season,” Sathiyan told Mykhel from Poland.

The world number 33 will start playing in the league after the Asian Games in Hangzhou, China.

“It’s one of the best leagues in the world and I can’t wait to make my debut in France. I would most likely join the club after the Asian Games.

“It would also be great preparation taking into account the 2024 Paris Olympics,” added the country’s top-ranked paddler.

Chennai-based Sathiyan also plays for Polish Superliga Sokolow SA Jaroslaw. Earlier this month, during a chat with MyKhel Sathiyan, he pointed out that in 2022, in addition to working on his singles performance, he will also be working on improving his game in the mixed doubles events.

“We are planning our dates accordingly so that we can train together and prepare well for the CWG and the Asian Games and step up to the next level once the pandemic subsides. I will be traveling to Pune and Manika will be flying to Chennai so that we can we train together once the international calendar starts my goal in 2022 is to be top 15 in the singles category and obviously I want to make it big at the CWG and the Asian Games so yeah , it’s going to be a crucial year for me,” Sathiyan said.

Voting and ballots on payday loans advance in Michigan