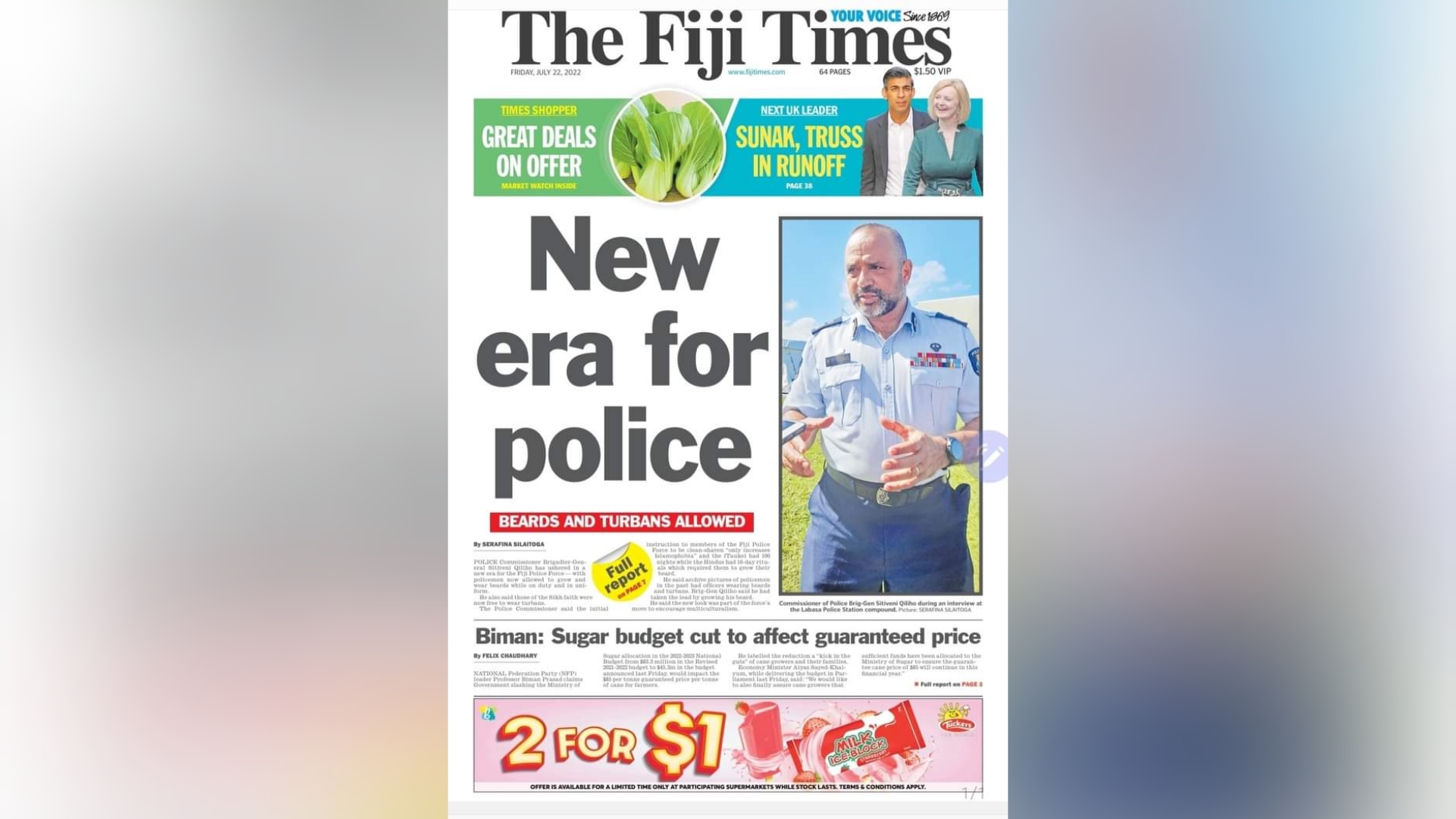 The Fiji Times » From the Editor’s Desk: Your July 22 briefing

The big front page story of the Friday July 22 edition of the Fiji Times is an interesting article on police forces, beards and turbans.

We also have one on politics, with questions asked about the Sugar Ministry’s allocation in the 2022-2023 national budget and the impact on the guaranteed price of sugar per ton of cane.

Read these stories and more in the Fiji Times!

Here are some additional titles.

Have you thought about getting a copy every day at home when you get up in the morning? Feel the newspaper in your hands… and a cup of tea maybe! Your own copy! You know you can!

Call our broadcast department for subscription rates. Call us on 3304111 and talk to Setaita, Jervis, Ropate or Shamal.

They may just have a rate that suits your budget! Think about it! They could arrange for your newspaper to be delivered fresh off the press every day, straight to your door.

No hassle, no worries!

Table tennis at CWG 2022: Indian team on a mission after troubling build-up