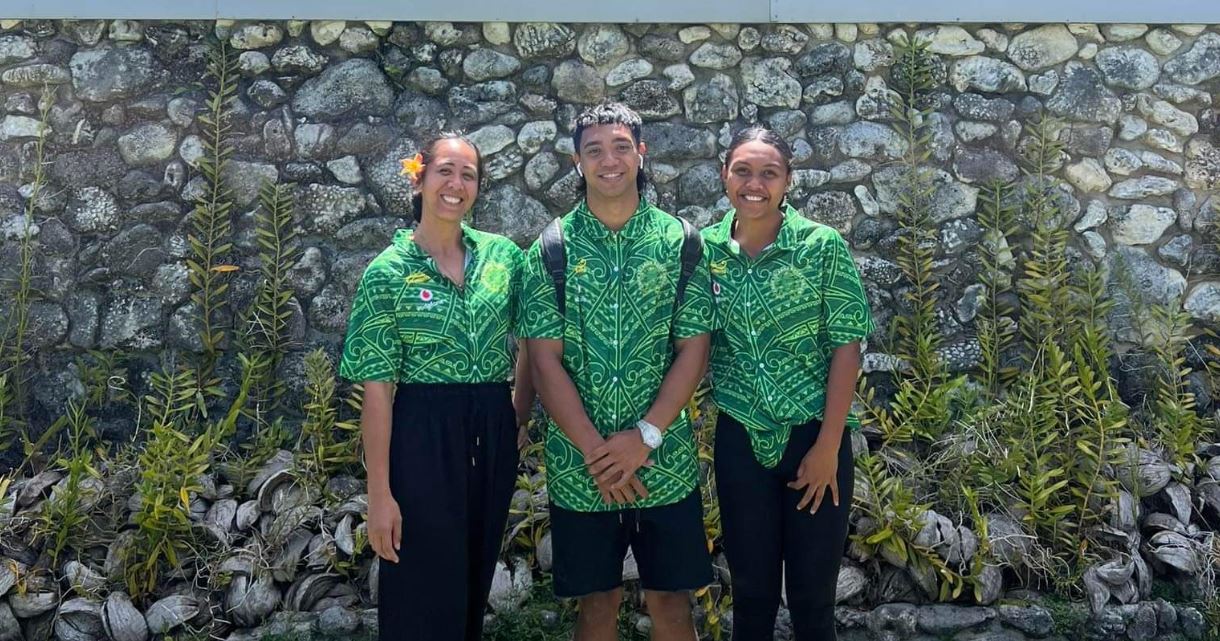 
Rima Browne, left, Brian Akava and Nicol Tiaore are the Rarotonga-based players who will play for the Cook Islands in this weekend’s Oceania 7s tournament. The three are pictured at Rarotonga International Airport before departing for Auckland on Sunday. SUPPLIED/22111412

They will be joined by the rest of the squad made up of players from Auckland and Brisbane.

CIRU President Simiona Teiotu said earlier that due to the national body’s “financial statements”, CIRU NZ will be participating in the regional tournament.

Yesterday Teiotu confirmed that Oceania Rugby are helping fund the three Rarotonga-based players’ airfares from Auckland to Brisbane and back.

He said former All Blacks Michael Jones and Matson Shipping came on board to support the players’ journey from Rarotonga to Auckland.

“Rima (Browne) was one of the unsuccessful candidates for the women’s Rugby League World Cup campaign, but she is delighted to be able to use all the intensive training she has done for this 7s campaign.

“She represented the country in the game of touch rugby at the last Pacific Games and has played a number of domestic games both union and league and hails from the Tupapa Panthers Club.

Tiaore, who played for the Raro 7s-winning Arorangi Bears, was also named the most valuable player in the women’s competition.

The men’s event will feature Cook Islands, Kiribati, Niue, Papua New Guinea, Solomon Islands, Tonga, Vanuatu and Australia A. Tonga and Papua New Guinea hope to return to the World Rugby Sevens Challenger Series after both competing this year. Kiribati will be the unknown of its first participation in an international event.