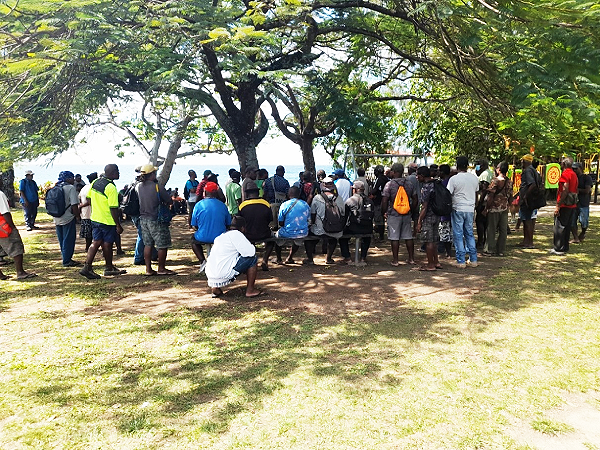 Frustrated officials who provided security in Honiara during so-called ethnic tension twenty years ago are threatening to boycott the official opening of the 2023 Pacific Games unless they are formally informed of the status of their demands .

The boycott threat was one of two resolutions members representing the group passed when they met at Rove Children’s Park in West Honiara yesterday.

The group, estimated at around 600 men and women, is made up of former police officers, special constables, corrections officers and naval officers.

Their second resolution relates to the extension of the life of the 11e Parliament.

“If the proposed life of four (4) years is extended to five (5) years, we will not give our support to the government,” reads the second resolution.

“Tell the government we are frustrated. For twenty years we have waited patiently but the government continues to ignore us,” a member of the group told Solomon Star after yesterday’s meeting.

“But if the government responds seriously to our request in time, we will fully support the government, in the event of public disruption,” the MP said after the 45-minute meeting.

“We want the government to tell us exactly where our claims stand before frustration gets the better of us. Right now we hear all kinds of rumors and we are tired.

“What we really want to hear is the truth from the government.” said the deputy.