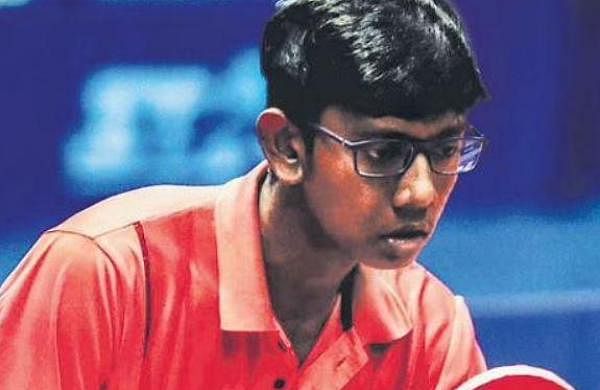 CHENNAI: The Tamil Nadu Table Tennis Association was one of the first sports organizations in the state to hold tournaments for players as soon as the government approved post-pandemic sports activities. And S Preyesh, 15, made the most of the opportunity, billed as India’s top sub-junior player, who scored a big double by winning the men’s and under-19 titles in the inaugural tournament. table tennis organized by TNTTA. earlier this month. Preyesh, who trains at the Raman Table Tennis High Performance Center, beat teammate Navaneeth Kutty in both finals.

â€œWinning two gold medals in the state ranking competition was a good thing because I played the tournament without too much preparation. I couldn’t train that much since I came back two days before the tournament in Tunisia where I participated in the WTT event. I played really well and it was good to start the season on a winning note, said Preyesh.

Class 10 pupil of Chennai Public School regularly competed in events against top players and in older age groups. â€œMy trainer S Raman sir helped me a lot during the state ranking tournament. His contributions and suggestions have always helped me to have an advantage over my opponent. In the men’s final he told me to play without fear and stick to the basics, and it worked. But the hardest match was the semi-final against Nitin Thiruvengadam. I had to work really hard to get the upper hand on my opponent, ”
remembers Preyesh.

The youngster wants to make a place for himself on the world stage and leaves no opportunity to travel and play abroad. He was a regular at WTT events and won a few titles. â€œI regularly participate in the WTT events. In the WTT Youth in Tunisia, I won U-15 gold and was a semi-finalist in the U-17. In the next WTT Youth competitor in Lisbon, Portugal, in U-19 doubles, I took the bronze medal for being a semi-finalist with Payas Jain from Delhi. In the Muscat WTT Youth aspiring event last week, I lost in the U-15 and U17 pre-quarters. In WTT Tunisia I played against Ebrahim Gubran from Yemen, he has been the toughest opponent so far, ” said Preyesh, adding: “The Tamil Nadu Sports Development Authority is helping me. in all my professional tours. ”

Preyesh had learned the nuances of the fire game V Chandrasekar and is now trained by Raman. G Sathiyan also trains under Raman so Preyesh has the opportunity to interact and train with the Indian paddler ace. â€œFrom Chadra sir, I learned the basics. Raman sir helped me learn more advanced strokes and skills. Raman TTHPC has first class equipment for training. It’s good to train with and play with a player of Sathiyan’s caliber. From Sathiyan, I learned to be grounded and improve my skills in order to climb higher up the ladder, ” he said.

The next few months are filled with tournaments for Preyesh. Next week he will be seen in the national championships to be held in Punjab in the under-17 segment. Then he will play in the WTT Youth in the Slovak Republic and then in Hungary. Later, in the first week of December, he will compete in the WTT Table Tennis World Championship in Portugal.

Future games
Next week he will be seen in the national championships to be held in Punjab in the under-17 segment. He will play in the WTT Youth in the Slovak Republic and then in Hungary. In the first week of December he will participate in the WTT world in Portugal