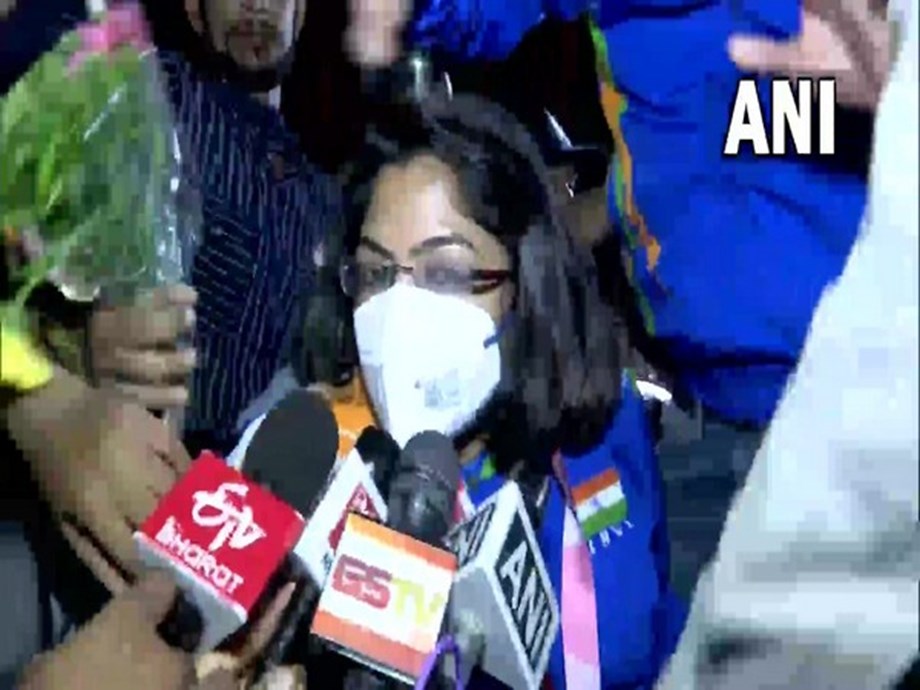 “When she comes today, we will give her a big welcome. To celebrate her return, everyone has come,” Bhavina’s father Hasmukhbhai told ANI. Speaking with ANI, Lalan Doshi, Bhavina’s longtime coach, said: “There will be a huge rally for his return.” He added: “This [silver medal] is the hard work of 13 years. She also has experience of playing in 28 international tournaments and this [Tokyo Paralympics] was his 29th. She has played alongside many players from different countries. “

“I am really happy and grateful for the excellent welcome,” Bhavina told reporters outside the airport. At Tokyo 2020, India won 19 medals, finishing 24th in the overall medal ranking among 162 competing nations and ranking 20th based on the total number of medals won. India had won just 12 medals until 2016 since making their Paralympic Games debut in 1968. (ANI)

(This story was not edited by Devdiscourse staff and is auto-generated from a syndicated feed.)