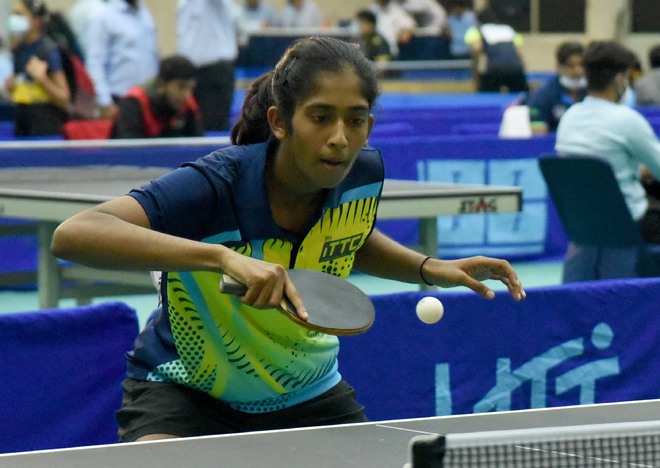 Fourth seed Sayali Wani of Maharashtra, fifth seed Pranati P Nair of Kerala, sixth seed Karuna Gajendra of Karnataka and seventh seed M Hansini of Tamil Nadu fell to the sidelines during the The U-17 girls’ event on day two of the UTT National Ranking of the North Zone Table Tennis Championships at the Sector 78 Sports Complex here today.

However, Pranati lost her first match to take the next one to come to terms with the pace of the match. But Avani Tripathi turned the tide by winning the third and fourth games to advance to the pre-quarterfinals. Avani recorded a victory of 11-8, 8-11, 11-7, 11-9.

Among the young U-17 boys, eighth seed Sarth Mishra of Uttar Pradesh failed to advance to the pre-quarterfinals, while other seeds did so without hiccups . Earlier today, the eight seeded young boys under 17 advanced to the second round.