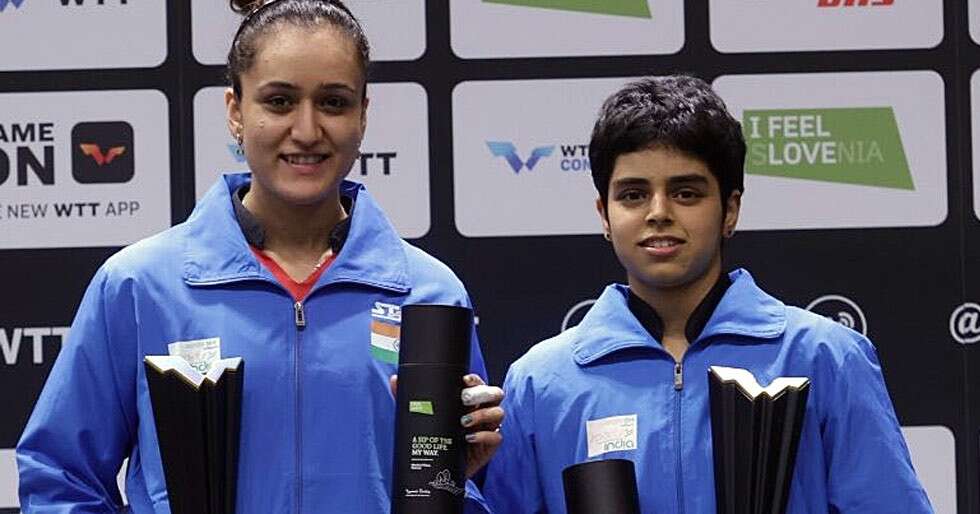 Indian table tennis players Manika Batra and Archana Kamath reigned in the women’s doubles at WTT Contender Lasko in Slovenia on Sunday. The pair, ranked number one in the world. 36, won against the world number. 23 pairs of Melanie Diaz and Adriana Diaz from Puerto Rico.

Displaying some of their best shots of the match, Batra-Kamath won in straight sets against their Puerto Rican opponents, 11-3, 11-8, 12-10, serving a total of four game points in the final game to clinch the title. .

Earlier, in the semifinals, the Indian duo Batra and Kamath had won against the Chinese Liu Weishan and Wang Yidi in a hotly contested match, where the Chinese players engaged in a good fight.

Batra and Kamath were both thrilled to win their first title. â€œI am very happy to have won this title. It was fun to play throughout as I always like to play doubles with Manika Di. She’s playing really well and has a very strong presence at the table, which allows me to play freely, â€Kamath told a news portal after the win.

In women’s singles, Batra reached the semi-finals, against China’s Wang Yidi, seeded number one and 11th in the world in the match. Batra played hard, pushing the Chinese player strong in five sets, but in the end the seed prevailed. Yidi, who is ranked 47 places higher than Batra, won 11-7, 7-11, 13-11, 10-12, 11-7, 11-5 while Batra placed third, winning bronze in the singles tournament.