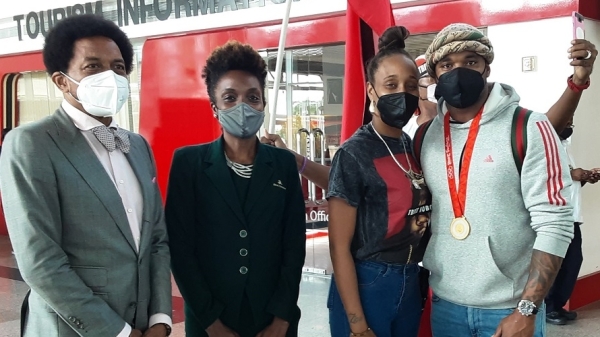 Reggae Girlz head coach Lorne Donaldson believes the team will have to play their best game against Haiti if they are to secure one of the automatic FIFA Women’s World Cup berths at the Concacaf W Championship.

Locked on three points each after two games, the Caribbean sides are set for a win-win showdown on Monday, which will see the winner secure a place at next year’s world football event.

The stakes of the game will be even higher for the Reggae Girlz who must win to advance as they head into the encounter trailing but on goal difference. By most metrics, the Haitian team has had the most impressive tournament to date.
The team started with a solid performance against the United States, which beat them 3-0, a scoreline which, based on the course of the game, slightly flattered the Americans. The United States beat the Jamaicans 5-0. In their second match, the Haitians then devastated the Mexican hosts 3-0. The Jamaicans had only beaten the Mexicans 1-0, although they missed several other presentable chances to score. The unit of Haitians thus demonstrated a high level of physical fitness, competence and extraordinary organization. It’s a challenge Donaldson thinks the team can meet.

“Coming into the tournament, I always said that Haiti would have a big role to play in this tournament. They participated in the last U-17 championship and the last U-20 championship. So people don’t understand the type of players that Haiti has, they all play in France,” Donaldson said.

“Their fitness is what impresses me the most, their discipline, they have been playing together for a long time as a group. They are well organised. We have to come in now and try to execute. We have to play one of our best games and we have to play football to win,” he added.

“If coming into the tournament, myself, the players, if you had offered us this situation, we would have taken it.”