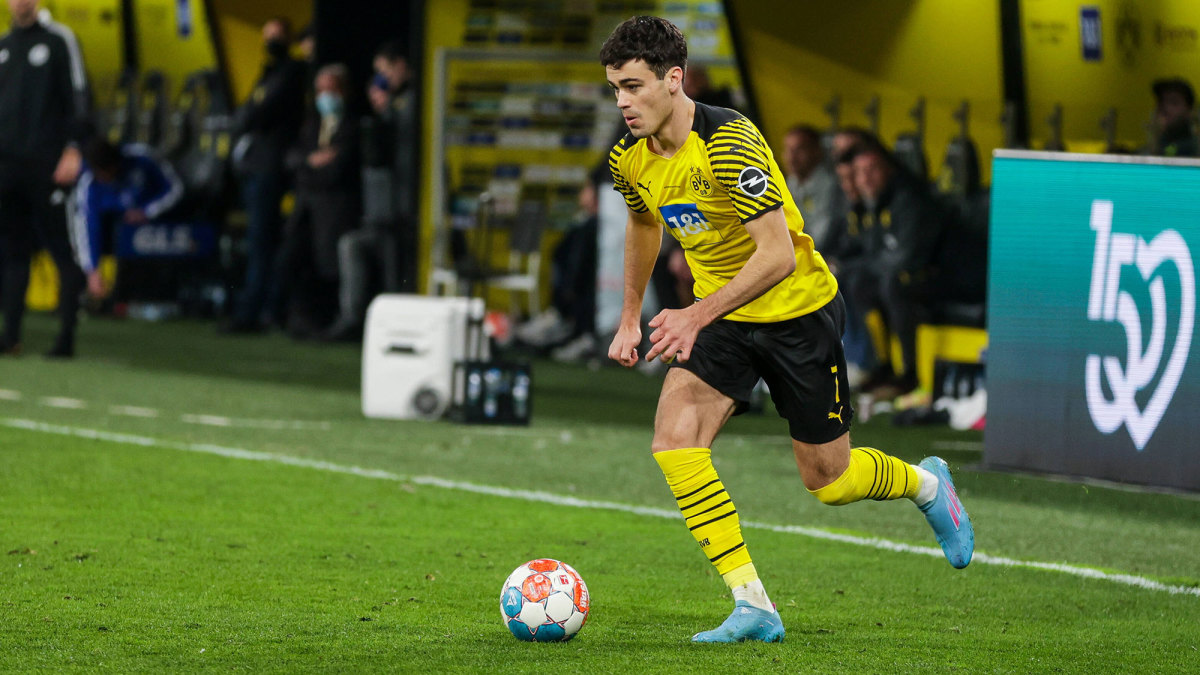 For the duration of World Cup qualifying, the United States Men’s National Team has been in a Whac-A-Mole injury game. One star returns, two others descend. One area is strengthened, another requires a scramble for a solution.

So it’s only fitting that before the final qualifying window, with a ticket to Qatar close at hand, the moles rise and fall once again. At least for now, with days to go before the final team’s scheduled exit, the game is working in favor of USA and manager Gregg Berhalter.

Weston McKennie’s injury is a certainty. He is out for the remainder of the Juventus season after fracturing his foot in the Champions League Round of 16. The only question for McKennie when it comes to World Cup qualifying is what shape he would be in if the United States finished fourth in Concacaf and had to play. in a June qualifier against the Oceania champions in Qatar for a final spot in the fall competition.

But beyond McKennie, the clouds are dissipating. Gio Reyna returned for Borussia Dortmund at the weekend, coming on as a second-half substitute and playing 27 minutes just three weeks after suffering what appeared to be a recurrence of a long-term injury. He avoided the worst-case scenario, however, and is back on track to contribute against Mexico, Panama and Costa Rica later this month. He has only played one qualifying game so far – the opener in El Salvador – in which he suffered a hamstring injury that derailed his season and his ability to help States -United. His presence for the qualifying coda, however, seems increasingly likely.

“It’s nice to be back. I got everything sorted out, no more pain, it was good to be in front of the fans again and see the win,” said Reyna after Sunday’s win over Arminia Bielefeld. “I’ve been working with my medical staff for the past two weeks since I got injured, and I really feel like we’ve gotten the root of the problem solved. Now I’m pain free and I Just looking to start and play game by game. Get fitter and fitter and hopefully in a few weeks I’ll be 100 per cent.”

It’s a nice sequel to what he said in late February, when news of his prognosis – and the relief that came with it – hit home.

“I don’t really have too many worries about not being able to go to the national team. I’m pretty sure I can go,” Reyna said at the time.

Despite what Reyna brings to the table, however, the United States was able to do without him. Brenden Aaronson and Tim Weah, in particular, seized the opportunity to provide the play and width needed to get the results that put USA through. Other areas with less depth and fewer high-end options are also of concern, but there seems to be dawn after dark on those fronts.

Tyler Adams had endured a minor back injury but overcame that to feature at the end of RB Leipzig’s rout of last place Greuther Fürth. His 12-minute cameo should bring some relief, given that the USA midfielder is already missing a much-needed element. Adams has already missed the last U.S. qualifier, a win over Honduras on a freezing night in Honduras, after suffering a hamstring injury in the previous game.

Equally vital is the status of Zack Steffen, the goalkeeper who missed the winter window with a back injury and then suffered a shoulder injury in City of Man training that kept him out of action for the past month. He wouldn’t normally have played much in that time anyway, cut off as City’s No.2, but the FA Cup game he would have started and the potential time in the second leg of a round of 16 Champions League finalists that City had already linked instead went to Ederson and Scott Carson. His return to training this weekend and his place on the Man City bench on Monday against Crystal Palace, however, put him back on track to be the American No. 1, barring any setbacks.

With Matt Turner expected to stay out with a foot injury, it’s even more imperative that Steffen be deemed fit. USA have had the luxury of having two goalkeepers they can rely on and feel comfortable enough to turn to when the lights are brightest, but see them both unable to Going there would put a significant spotlight on a third party. Ethan Horvath, the hero who came off the bench for Steffen midway through the Concacaf Nations League final against Mexico in June, finally got a regular run at Nottingham Forest but hasn’t played a minute since World Cup qualifying. Sean Johnson, the MLS Cup MVP, would also be in the running. It’s hard to imagine Gaga Slonina, the 17-year-old uncapped Chicago Fire rising star, the only other goalie who’s been part of World Cup qualifying camps this cycle, getting thrown on the field with stakes as high as they are.

The United States has been playing the balance between the theoretical XI and the real XI for months. Berhalter still doesn’t have what he would surely consider his ideal starting XI together for just one game. It’s promising that more of the top tier appear to be available for selection for the bigger games of the cycle. If the United States has learned anything, it is that the current situation could still change in the next 10 days.

“I think what we’ve learned is to expect the unexpected. You never know who will be available to play each game. You have to be ready to adapt,” Berhalter said recently. “Some of them we won’t be able to control.”