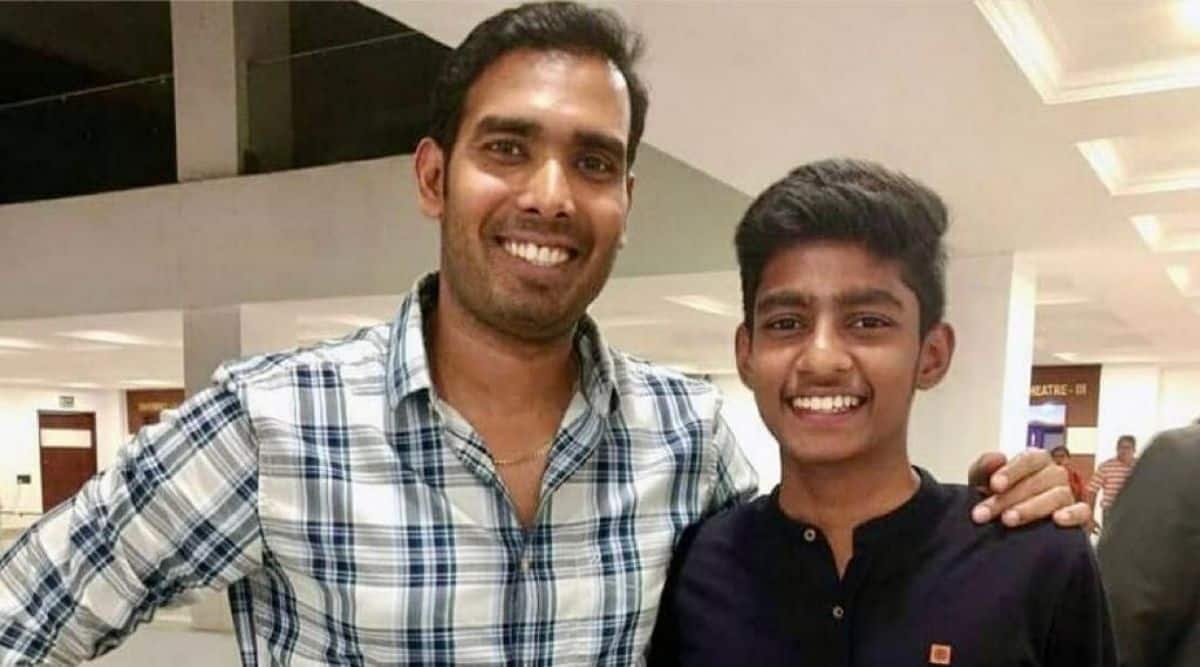 Vishwa could have been the best in the country: Sharath Kamal’s tribute to the young TT champion

The “morning training group” will no longer be the same. The crème de la crème of youngsters from Chennai’s table tennis clubs trained under one roof three times a week. The select few were handpicked by senior pro Achanta Sharath Kamal, an Olympian and medalist at the Asian Games and Commonwealth Games. Training sessions with Sharath began during the lockdown and have continued to this day. The trainees shared a close bond with their mentor.

Sunday noon, the “morning practice group” lost a member. Vishwa Deenadayalan, 18, National Cadet and Sub-Junior Champion, died in a road accident on his way from Guwahati to Shillong for the National Senior and Interstate Championships.

“The last time I saw Vishwa was on Saturday morning when he beat me in a training session. On Saturday afternoon he had forwarded an Instagram post from World Table Tennis to our group which had a picture of me in a caption contest,” Sharath said.

The mentor is said to have met his trainee at Shillong, the venue for the Nationals. Vishwa had left a day earlier, Sunday. Sharath was flying the next day.

The best of Express Premium

His voice choked with emotion, Sharath recalled the fateful Sunday.

“I was in Chennai. I had to leave Monday morning. I was going to take an afternoon nap (Sunday) before my training session with my brother Rajath. It was then that I received a call saying that Vishwa is critical. When I learned that he had died, my head was spinning. I didn’t know if I heard correctly,” Sharath said.

The mood at Shillong was solemn on Monday, the first day of nationals. Many gamers couldn’t concentrate on the game after hearing the tragic news.

Very sad to hear that young table tennis player from Tamil Nadu, Deenadayalan Vishwa has passed away in an accident at Ri-Bhoi in Meghalaya on his way to Shillong to compete in the 83rd Senior National Table Tennis Championship. My deepest condolences to his family. TO TEAR APART pic.twitter.com/eaUweRzdiC

“Some of the Tamil Nadu women’s team players saw the accident right in front of their eyes. They lost games that they otherwise wouldn’t have had. It was very dark yesterday. Those in her age bracket have been affected. A difficult loss not just for me, his family and friends, but for the whole country. He was a talented, disciplined child with a great attitude,” Sharath said.

The veteran believes Vishwa would have become one of the “best in the country”. He was making a smooth transition from junior to senior level. His aggressive style of play, which takes time to develop in a teenager, had impressed Sharath.

“His style of play was very much like that of a senior player. He went for attacking shots, he never played it safe. He had a controlled game but he was always looking to create the point, which is a senior attitude. Generally, juniors win because they have good control of the ball and play defensively. In juniors, if you control the ball and play defensively, you win if you are able to put one more ball than your opponent who lacks the power and speed.

Sharath shares a conversation he had with a trainer on Sunday to sum up why Vishwa was a pleasure to work with.

“As soon as the news of his passing came, there was a fitness trainer that I introduced Vishwa to. He called me and started crying. He said ‘Vishwa was almost like my son. When it says 5 p.m., Vishwa would be there at 4:45 p.m. If he needed a theraband, it was always there in his bag. He was so meticulous and always ready.

“There’s not one time he said ‘Anna, I forgot my shoes, I don’t have a t-shirt to change into’. Or anything like that. There were times where I called him at 10:30 p.m. to say ‘tomorrow morning can we practice.’ He will show up for training.

Shocked beyond words to learn of the heartbreaking and untimely passing of our young and promising table tennis player Vishwa Deenadayalan. He was a legend in the making and it hurts me that he left us too soon.

I offer my deepest condolences to his family, friends and athletic fraternity. pic.twitter.com/hFlrR0Mycl

Sharath had regularly mentored Vishwa for two years. The veteran took the initiative during confinement. The Tokyo Olympics were approaching and Sharath was looking for good training partners. The youngsters on the verge of advancing to the senior category needed someone to guide them. It was a win-win situation.

“What happens is that when you get into the senior category, a lot of the kids you would have played with would have dropped out of table tennis because of education and stuff. All Vishwa buddies of the club had resigned or were too junior.

Vishwa was introduced to the sport when he accompanied his older sister Raveena to Krishnaswamy TT Club in Anna Nagar, Chennai. The boy who loved football did not enter the TT room and waited outside. Coach R Ramnath Prasad recalled how he convinced Vishwa to try his hand at the sport after some coaxing.

The WTT mourns the loss of young Indian star Vishwa Deenadayalan, who died in a car accident on her way to the Senior National and Interstate Championships.

Less than a week after picking up a table tennis racket for the first time, six-year-old Vishwa was hitting 150 balls in a practice session. “He was a natural from the start. Forehand, backhand. He took those shots fast. I knew straight away he had potential,” coach Prasad said of Vishwa’s first steps. in the sport.

Vishwa and Prasad shared a coach-trainee bond for 13 years – from when he first played the sport until his untimely death in a road accident. Next month he would have been in Linz, Austria for the WTT Youth Contender Series.

Before going abroad, the coach had given him a goal. “I wanted him to reach the semi-finals at Shillong. He was determined to do well. He had a bright future. It’s a big loss.”