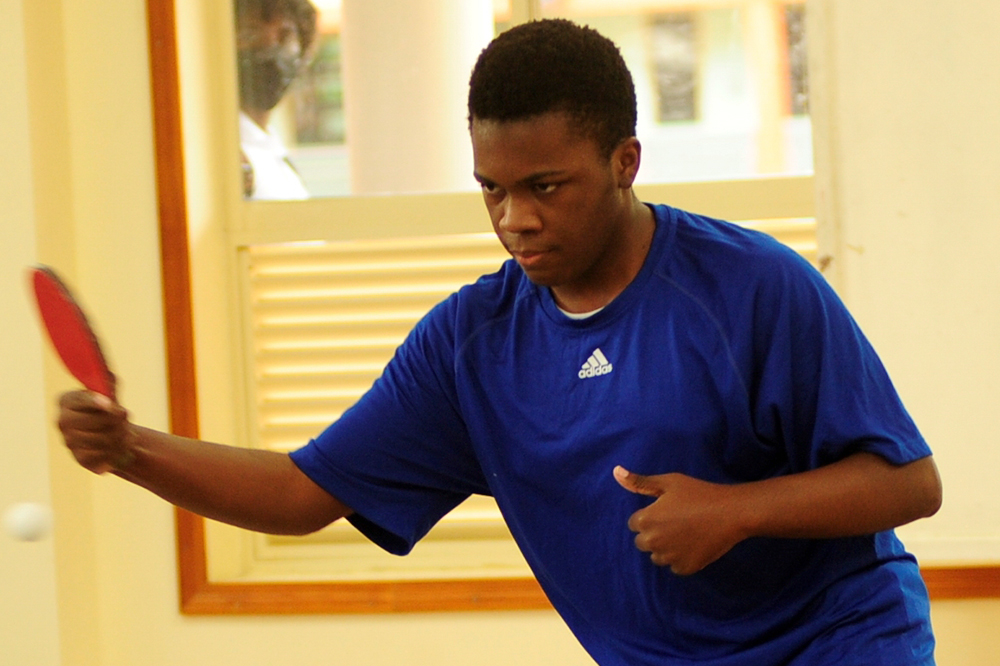 Michel Creese defeated a fiery Kurtney Franklyn, a freshman in the new Applied Sports Science Associates Degree to walk away with the top placing.

He beat Franklyn three sets to one in the SVGCC Individual Table Tennis Champion 2022 Final held at the SVGCC campus in Villa.

Creese had to fight his way from behind as an adrenaline-filled Franklyn won the first set 11-8, but parity was restored as Creese fought back with a vengeance to win the second set, 11-1.

The contest from there had the small rally allowed to cheer every point as Creese came back from a 3-7 deficit in the third set, to win 11-7.

The fourth set was largely the same up and down battle until Creese pulled out to wrap up the championship with an 11-7 win in the fourth set.

2022 finalist Kurtney Franklyn reached the final with another upset win in his semi-final match against Mirac Creese.

Still shaken by his loss in the semi-finals, Mirac Creese, brother of future champion Michel Creese, could not regain his composure, which worked in favor of Kimoni Shoy who won the first set of the match for the third place 11-3.

Mirac Creese bounced back to win the hard-fought second set 13-11, and wasted no time on the table to win the third set, 11-8. Shoy didn’t give up and fought back to tie the game with an 11-8 victory in the fourth set. Micac Creese, however, kept his composure to claim third place winning the deciding fifth and final set 11-7.

The top three in the final standings of the 2022 St. Vincent and the Grenadines Community College Individual Table Tennis Championships are: the champion, Michel Creese; second place, Kurtney Franklyn; with Mirac Creese in third place.